Hayden came over and walked into the living room which had been changed around since he was last here. He then checked out my bedroom which had also changed. This though, upset him because his own room was still the same.

I explained that I didn’t want to move his room around without him being there and now we could move it together, however he wanted it. That cheered him up a little.

The initial pessimism though was a real highlight – I want to help him look at situations as a positive instead of negative.

15th April 2022 – Hayden was six years old by now and his personality already developed to some degree. This attitude to change has become even more obvious as he grew up. Ironically, or perhaps not helped by the fact that he has had to undergo quite a few major changes in his life. Somehow it feels as if Bronwyn and I were never able to provide the skills for him to deal with change very well.

He struggles with making his own changes and feels at home in his comfort zone. For me, that feels like it’s holding him back. But I guess I was like that somewhat too, even until my late 20s and making that uncomfortable decision to leave all I knew behind and take a chance in Australia.

I’ve been thinking about this a bit more recently as I’ve been putting lessons together for next semester. I want to open the student’s minds to the possibilities out there for them even with all the societal restrictions in place that may be too overwhelming for them.

I wonder if I feel a greater responsibility to my students than I ever had to Hayden? Is that just my own self-doubt? 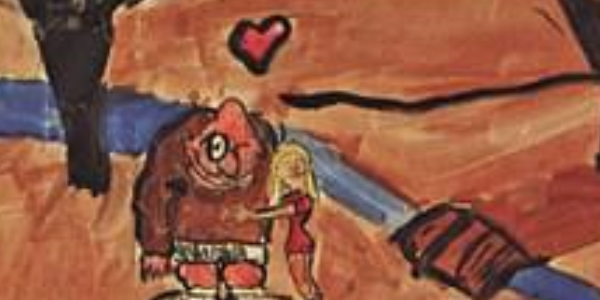 Well, the last few months have been fine. Just recently though I have not felt so good but hope to start writing some more – will look back through some old notes – remind myself who I am – what I have become.

I don’t want to be lazy but I don’t know what real motivations I have at the moment. I started my Chinese studies at Uni in March and that has been going well though I sense I’m not ‘getting’ everything and really should study much harder.

God – I don’t want to give up on this – I’m sick of giving up – only being half good at anything – I want to be a genius at something! Haha!

Apr 5th 2021 – In the early 2000s there was some way to do individual units of Uni courses for a very cheap rate, or at least affordable for me. Having become fascinated with China more and more since arriving in Australia and visiting in 2001, I thought I should give learning the language a go. Macquarie University was within walking distance from home and even though I didn’t understand how universities work I enjoyed walking around the campus and visiting the library when I was bored, especially I would now be able to check out books and videos, of which they had some classic fourth-generation director VHS tapes of movies that I hadn’t yet seen.

The class (Chinese Language 101) had about 20 students and I soon made friends with a young group of high school graduates, a couple of girls and a couple of guys. There was Lina, short, skinny and cute and Emma, plain but attractive and smart. There was Lina’s boyfriend, Paul, also plain and intellectual and then another handsome effeminate guy whose name I forget but was actually the most entertaining of the bunch. He reminded me of me when I was that age. Cocky and unsure with wild mood swings.

At one point during our classes, a pretty Chinese girl joined. Strange, as she could speak Chinese already. Some quirk of the system that allowed her to stay longer as a student and work illegally is my guess. I made friends with her immediately and pursued her as a girlfriend but the language and cultural barriers were too much and I wasn’t brave, smart or emotionally stable enough to figure it out. In short, I was an asshole. (Later in life I could identify this behaviour in some guys who would try and pursue Amy.)

I felt desperate and ended up chasing her away. I was really upset by it and felt worthless and hopeless for a time. Still constantly echoing in my head, TLJ’s words that I always needed to have a girlfriend and couldn’t be alone by myself, ie I didn’t love myself yet.

I always figured a twelve year age gap between male and female should reasonably align with maturity, as was the case with TLJ and me but actually she was still far more mature than me about the things that really mattered.

I can see from this writing I am able to express myself but still not able to find any solutions for myself. Right now, I think I’m blaming my alcohol consumption at the time as a default fallback self-medication.